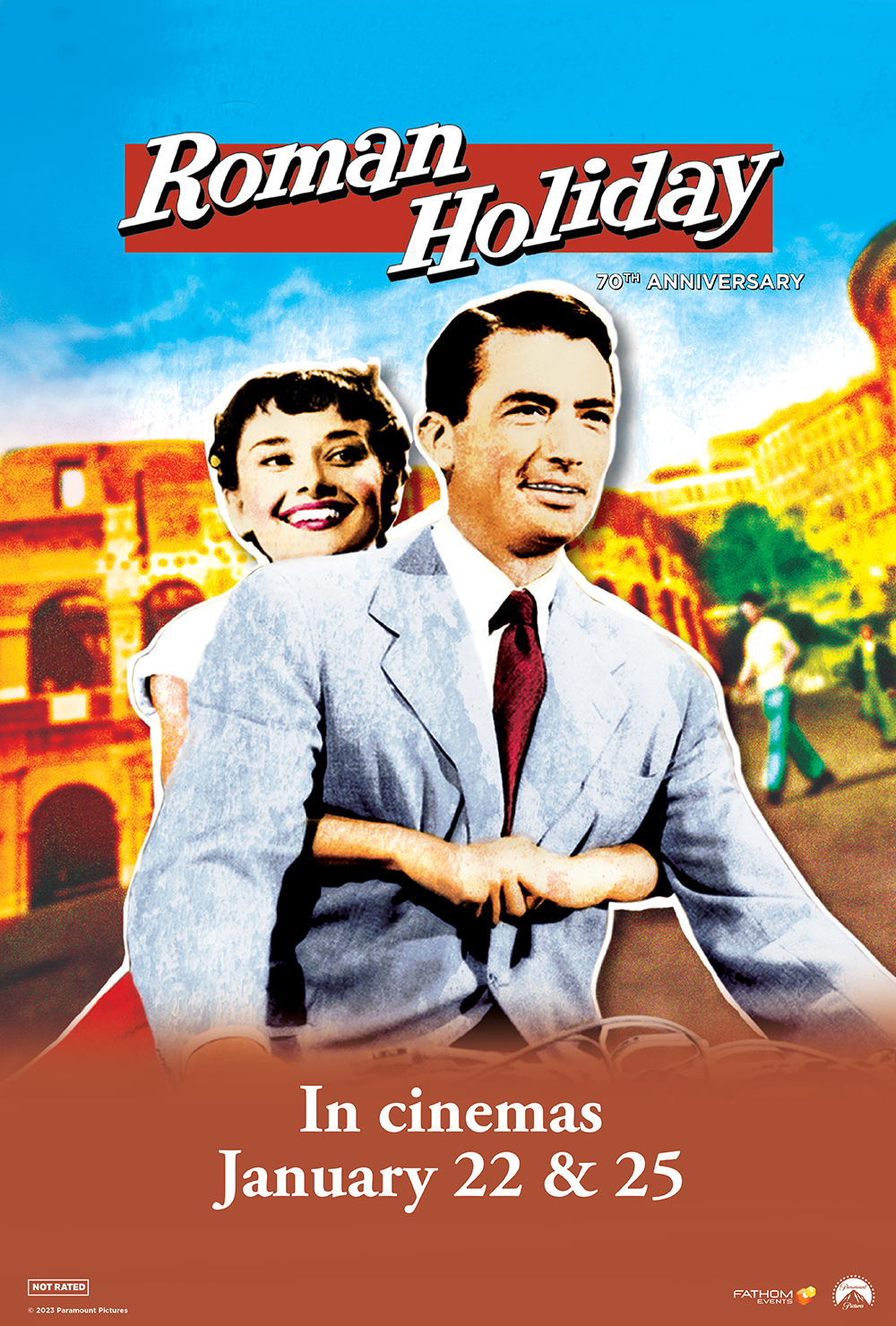 Rated: NR
Celebrating 70 years—remastered from a 4K film transfer—ROMAN HOLIDAY features a legendary, Oscar®-winning performance from Audrey Hepburn (in her first starring role). Nominated for a total of 10 Oscars®, including Best Picture, it’s the story of a modern-day princess who, rebelling against the royal obligations, explores Rome on her own. She soon meets an American newspaperman (Gregory Peck) who pretends ignorance of her true identity, in the hopes of obtaining an exclusive story. Naturally, his plan falters as they inevitably fall in love. Featuring Eddie Albert as a carefree cameraman pal, a classic Dalton Trumbo screenplay, expert direction from William Wyler, and featuring Edith Head’s Oscar®-winning costumes, it’s a timeless romantic comedy considered to be one of the greatest films from the Golden Age of Hollywood. Leonard Maltin hosts this look at the multiple-Academy Award winning director William Wyler’s style and approach to one of the most beloved Audrey Hepburn movies of all time.
Get Tickets