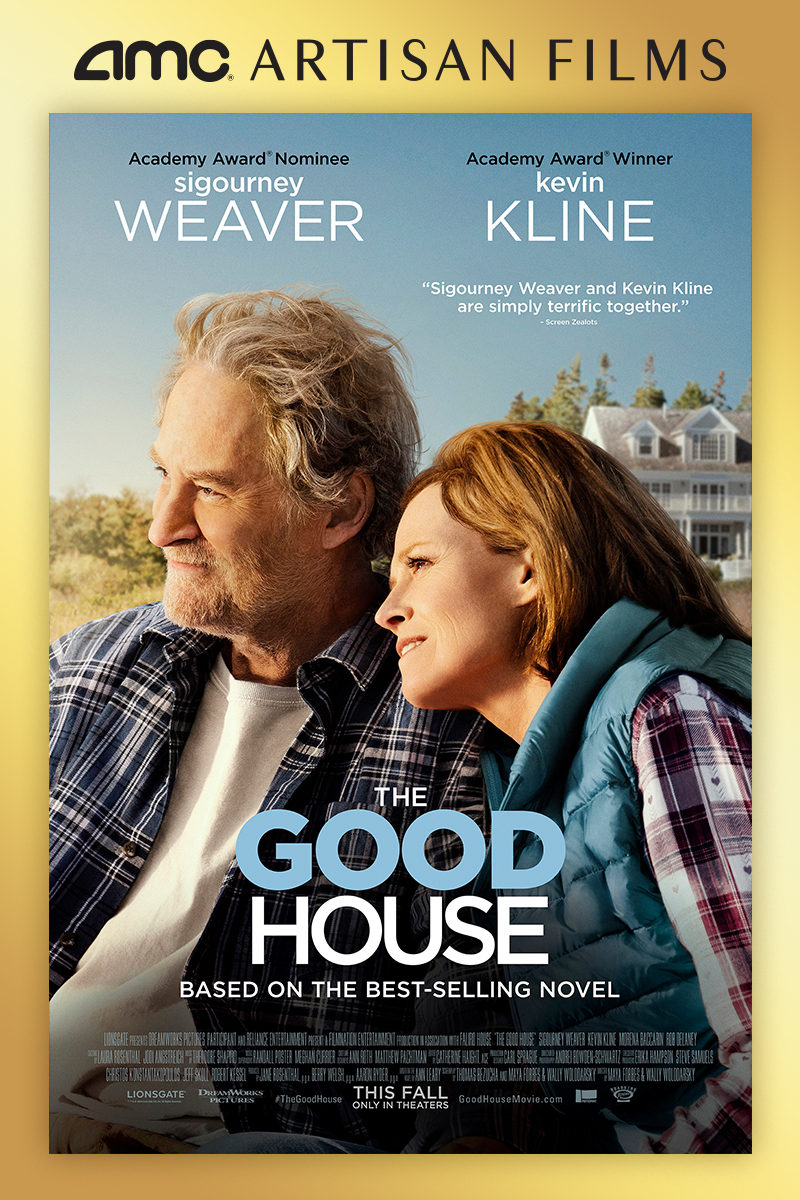 Rated: R
The Good House follows Hildy Good (Sigourney Weaver), a wry New England realtor and descendant of the Salem witches, who loves her wine and her secrets. Her compartmentalized life begins to unravel as she rekindles a romance with her old high-school flame, Frank Getchell (Kevin Kline), and becomes dangerously entwined in one person’s reckless behavior. Igniting long-buried emotions and family secrets, Hildy is propelled toward a reckoning with the one person she’s been avoiding for decades: herself. Based on the best-selling novel by Ann Leary, THE GOOD HOUSE is directed by Maya Forbes & Wallace Wolodarsky, and stars Sigourney Weaver, Kevin Kline, Morena Baccarin and Rob Delaney.
Get Tickets