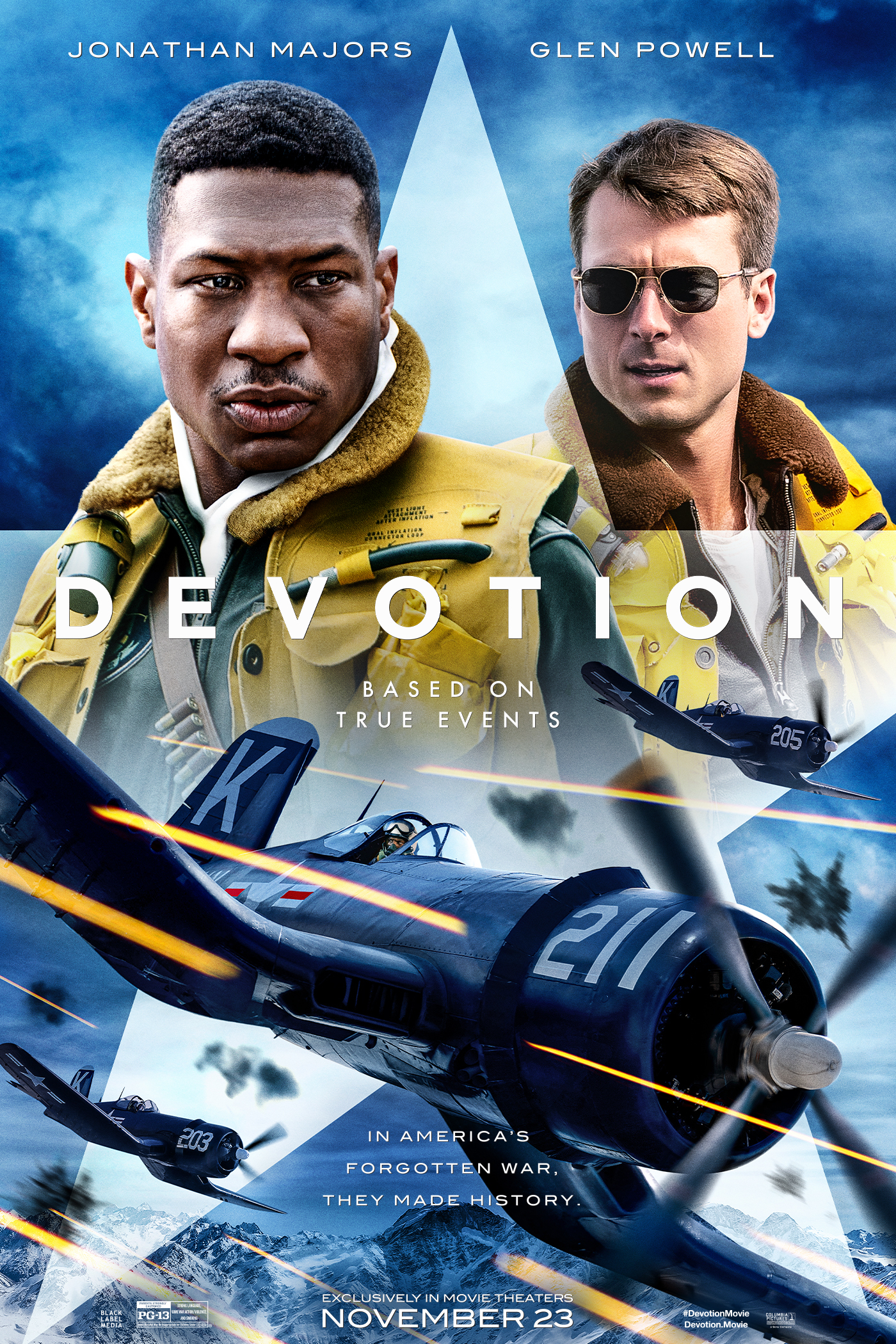 Rated: PG13
Devotion, an aerial war epic based on the bestselling book of the same name, tells the inspirational true story of two elite US Navy fighter pilots who helped turn the tide in the most brutal battle in the Korean War: Jesse Brown, the first Black aviator in Navy history and his fellow fighter pilot and friend, Tom Hudner. Their heroic sacrifices and enduring friendship would ultimately make them the Navy's most celebrated wingmen.
Get Tickets