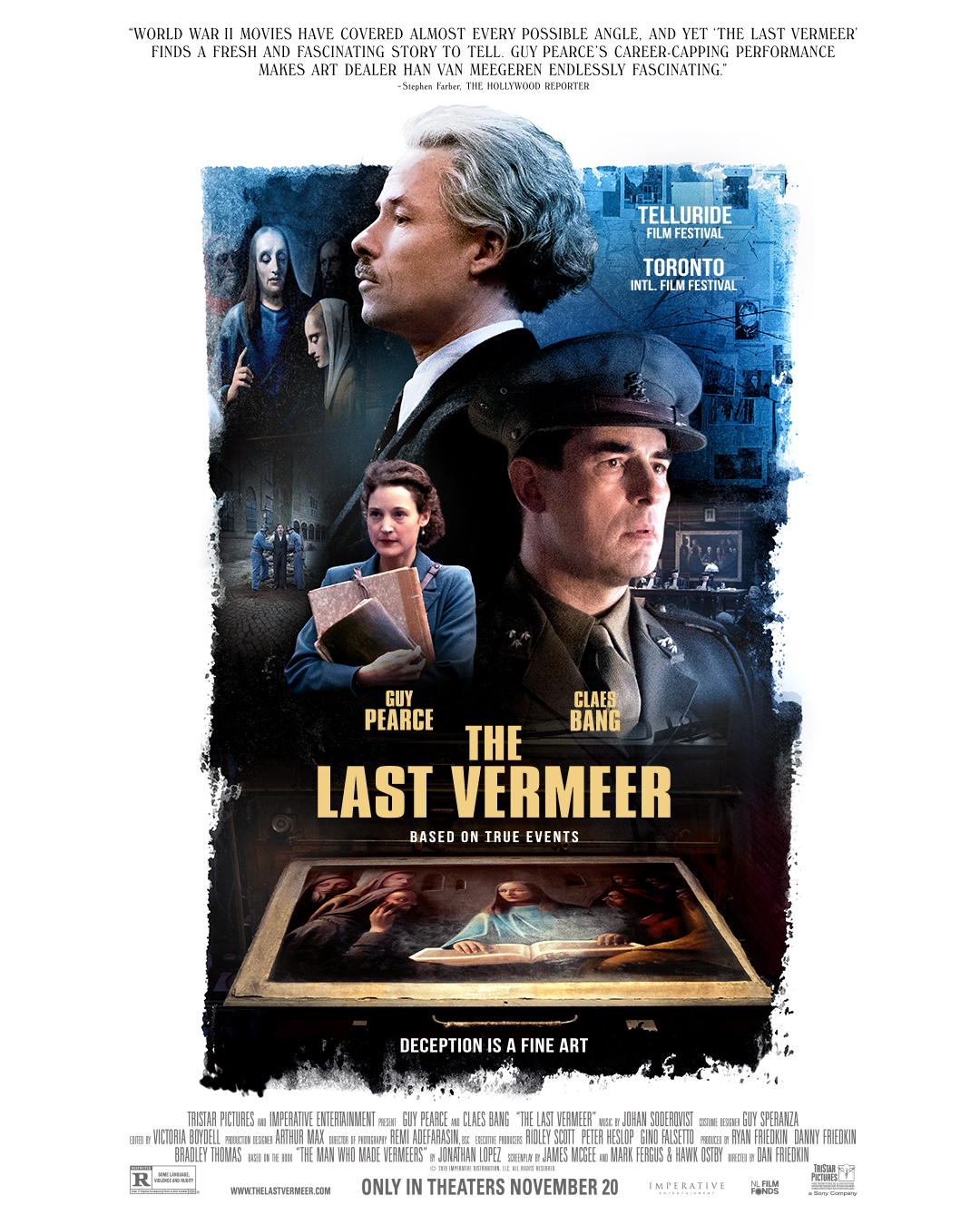 Rated:
While Joseph Piller (Bang), a Dutch Jew, was fighting in the Resistance during the Second World War, the witty, debonair aesthete, Han van Meegeren (Pearce) was hosting hedonistic soirées and selling Dutch art treasures to Hermann Goring and other top Nazis. Following the war, Piller becomes an investigator assigned the task of identifying and redistributing stolen art, resulting in the flamboyant van Meegeren being accused of collaboration — a crime punishable by death. But, despite mounting evidence, Piller, with the aid of his assistant (Krieps), becomes increasingly convinced of Han's innocence and finds himself in the unlikely position of fighting to save his life.
Get Tickets