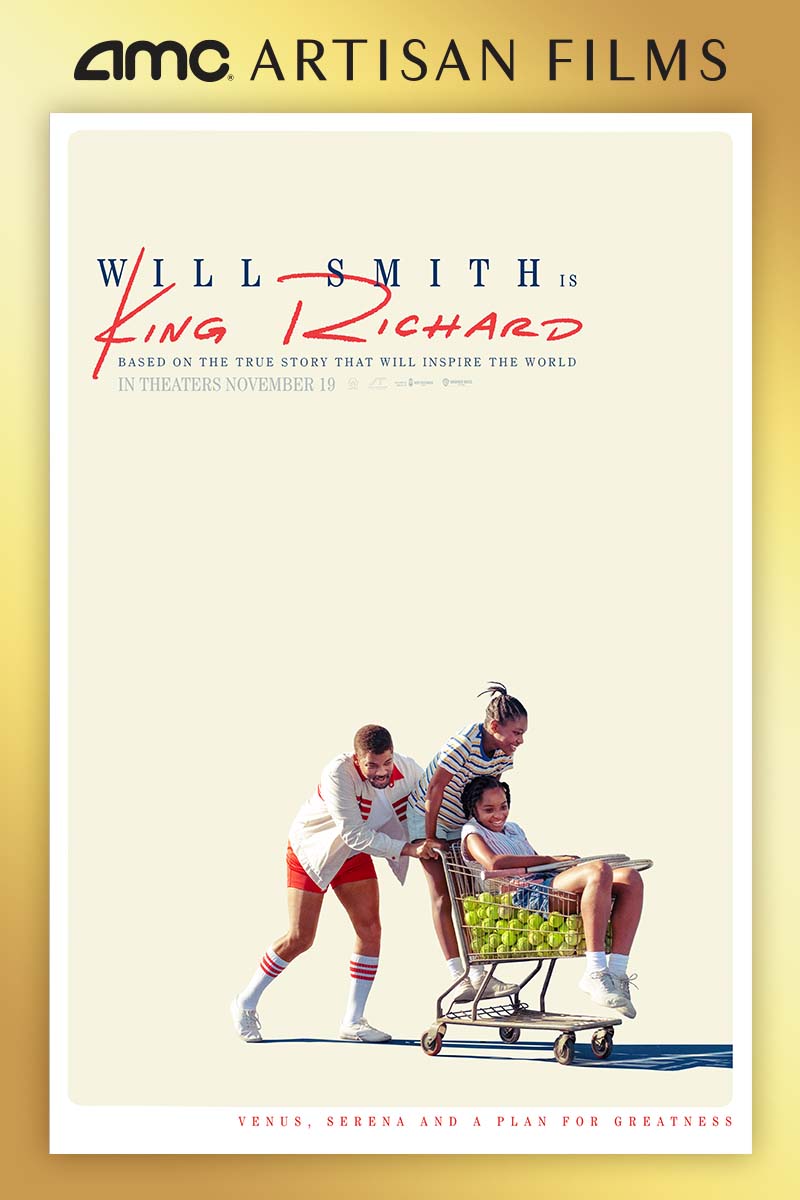 Rated: PG13
“King Richard” is based on the true story of Richard Williams, father of legendary tennis champions Venus and Serena, who overcame tremendous obstacles to forge a path for his daughters to reach the pinnacle of success. Compton, California was not the typical training ground for tennis champions, but Richard Williams has a plan. Sweeping drug needles off the rundown local tennis court and bravely standing up to the gangs that claimed it as their turf, he tirelessly drills his daughters Venus and Serena on the finer points of a game that he himself has never played. Smashing through age-old barriers of race and class, Richard relentlessly strives to prove that his girls are worthy of a shot, knowing they are destined for greatness.
Get Tickets